In many real estate operations, buyers and sellers are often faced with the question ” Is my house on urban land? ” and the answer could influence remarkably the completion of the operation.

What is urban land?

Why do so many urban settlements have incomplete urban infrastructure?

Unfortunately, the majority of urban settlements and urbanizations are older than the national laws which regulate the urban land and the municipal urban planning regulations. Therefore to explain and in a way give a certain legal status to this situation, councils define these settlements as part of the urban land, but without urban infrastructure or not completed urban infrastructure. The local plan defines for each urban area the missing infrastructure needed to be completed. Private owners are considered as part of the urban planning of the municipality and are requested to assume charges and works of the missing infrastructure.

What are the consequences to be taken on by private owners?

In settlements where the urban infrastructure is incomplete, private owners can be confronted with two possible scenarios.

What is the concept “fuera de ordenación”?

A literal translation of the concept is “out of order”. Regarding urban planning, the concept defines the status of constructions built according to older rules, prior to the existence of any urban development regulation or in the case of buildings in completed urban settlements not complying with the current regulations. In these cases, the use of these buildings is allowed if it complies with the general use of the area. An old industrial building will not be allowed in a current residential area, but an old residential building is allowed to continue being used in this function, even if it does not comply with the current regulations. Maintenance works, as long as the functionality of the building is preserved, are allowed but never major works.

What is the usual confusion with the Catastro?

The Catastro is the department of the tax authority in charge of setting real estate taxes. For that reason, this administration has recorded the complete national territory. For the Catastro, all kinds of built constructions are considered urban, even if they are located in non-urban land. But the Catastro condition of urban is not the same as the legal condition for a piece of land to be defined as urban.

We firmly advise all real estate operations to have legal support from a solicitor and technical support by an architect acting as a surveyor. Operations, where there are doubts, should not be completed without a structural survey including the urban status of the building, a certificate describing the building, habitability conditions including its age, and an urban report issued by the council. In the cases of buildings “out of order”, a certificate issued by the town hall granting that it has no open file of urban infraction.

For More Information, do not hesitate to contact us. 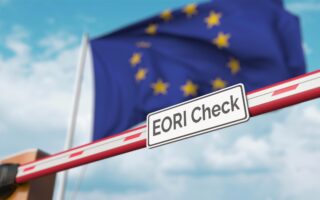